Congratulations again to Alan Beaddie for being awarded the
“2020 Leinster Coach of the Year”!!!

Alan wanted it acknowledged that this award wouldn’t have happened without the support of his Coaching Team over the years.

The Club Coaches recently renewed their Coaching Contracts with CLTC,
so it was very timely to have a group photo! 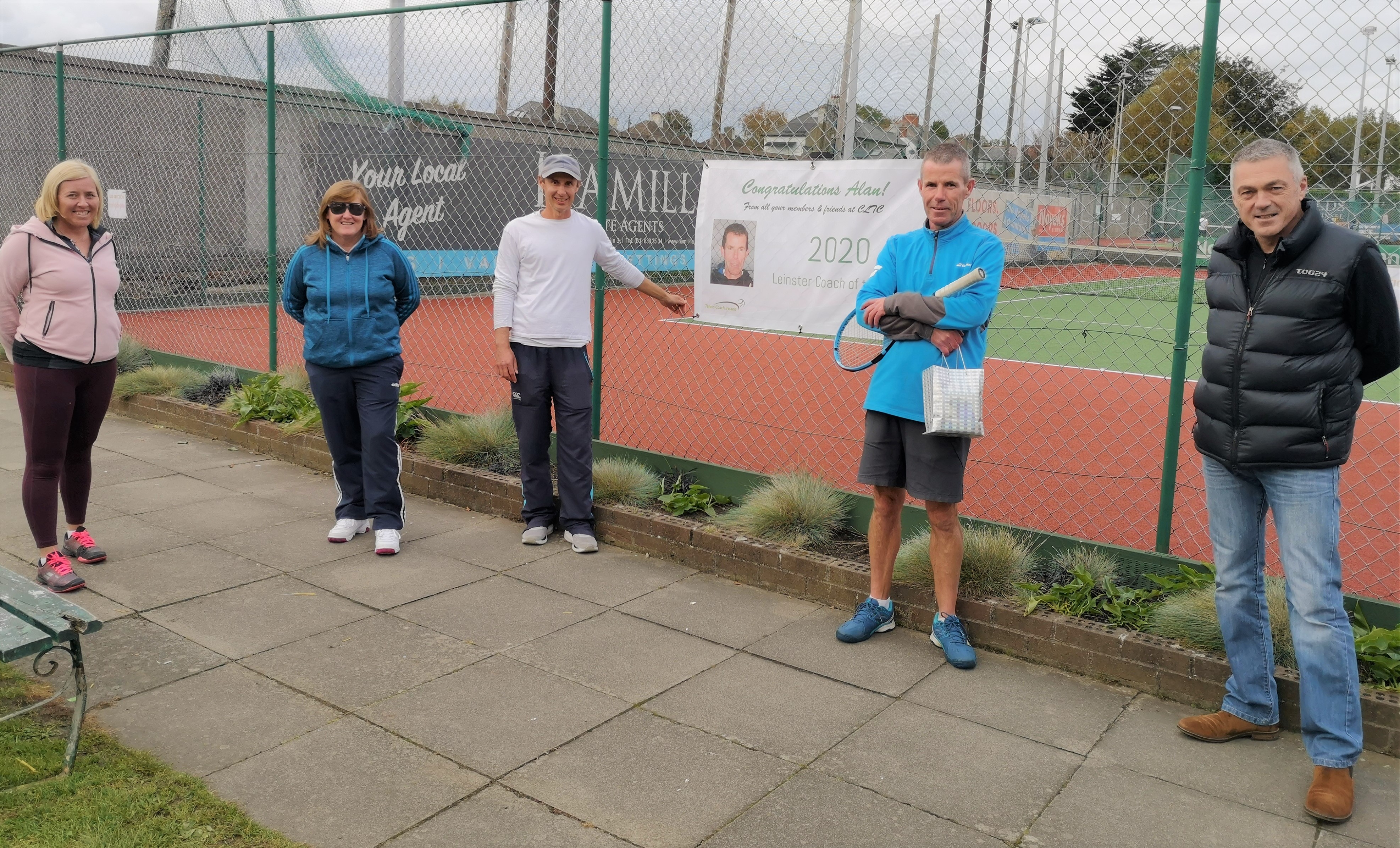 Also, a special thanks to Ursula Martin and Ailbhe Conway in the Office who also support Alan and the Coaches with the administration and running of the Junior Coaching Programme

Well done to all